Showing posts from May, 2019
Show all

The technical innovation that might help us avoid the climate crisis and extinction of species ....and this is not the usual stuff.

- May 28, 2019
I have been following the climate crisis and other global threats to humankind since 2008. It has actually been quite depressing. If you remember then in 2008 the global threats that everybody was talking about were: - Peak Oil - Food crisis - Exponential growth of population - Global warming. The only one of those, that has been "solved" or actually postponed a little (by inventing economically viable fracking), is Peak Oil. Unfortunately, this postponing has made the problems of global warming and extinction of species now much worse.  Overall between 2008-2019 all indicators of global warming and the extinction of species have followed the pessimistic patterns. The situation is bad and becoming worse fast.  The fundamental problem why humans are not doing anything about reducing CO2 or methane emissions is, that doing so would conflict with (the perception of) how good our lives are. As for most of us, better lives mean more things and more travelling. So "be
Post a Comment
Loe edasi...

Is there a relation between good universities and average salaries? 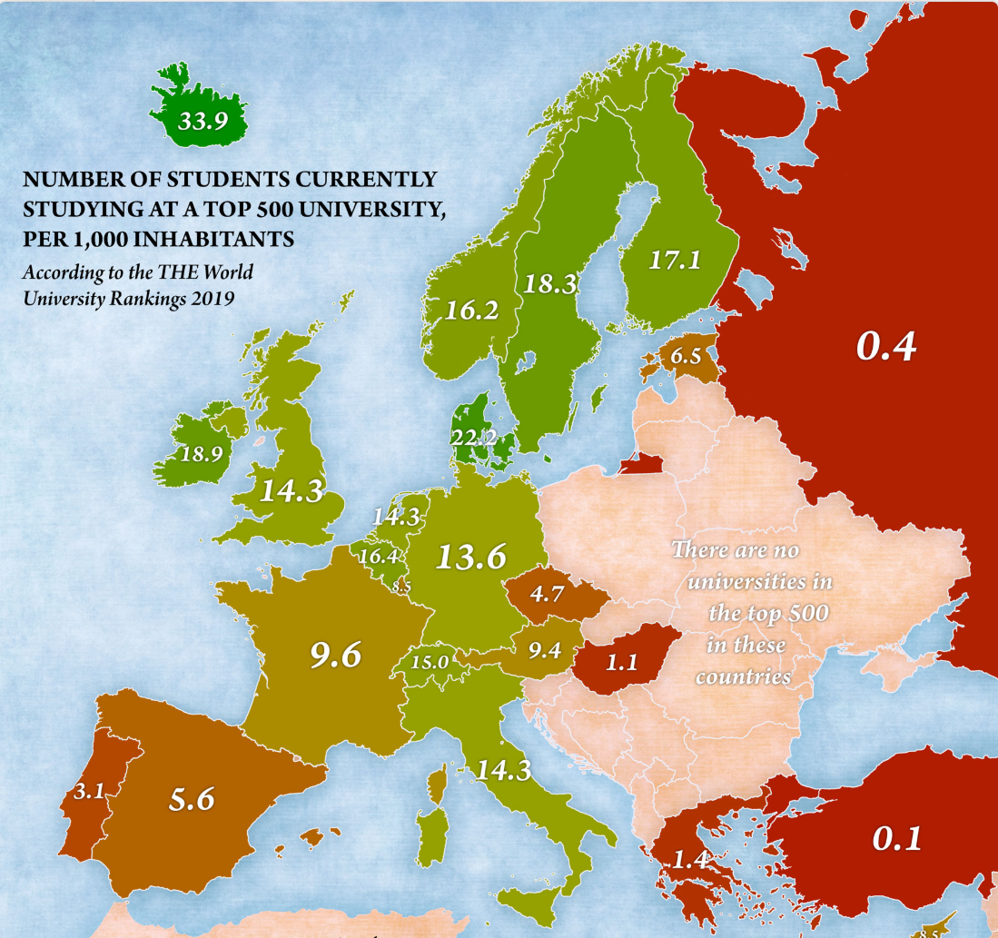 This map is courtesy to Jakub Marian and can be found here:  https://jakubmarian.com/number-of-top-ranked-universities-by-country-in-europe/ (You can also find many other interesting maps on jakubmarian.com!) The latest map from Wikipedia showing the average net salaries in European countries These two together in one graph: Good universities => higher salaries!
Post a Comment
Loe edasi...
More posts